Successful Usage of our own Forecasts!

The motivation to found TopMeteo (formerly Wetter-Jetzt) as a company about 20 years ago lay in the fact that we missed suitable weather forecasts for our own flights. They were missing as well for the daily creation of our “Thermikinfo” service (since 1997, available in Germany) and we knew that we could do better. It was also the time when fully-fledged weather models could run on PC-class computers at least for smaller areas like Europe. This gave us the necessary infrastructure “at home” instead of working on large computers like the well-known Cray. The “Thermikinfo” has been successfully informing the German cross country glider pilots about upcoming good and very good cross country flight conditions for over 20 years now. And our own weather model – actually a chain of numerical models – supports this since 2005.

The original motivation to support us flying large distances by ourselves has not been lost over the years. This year TopMeteo co-founder Bernd Goretzki (PhD in meteorology) is again on the hunt for long distance flights. From Locktow (southwest of Berlin) he has already conducted six flights over the magic 1,000 km and 1,000 points limits in 2019 (see OLC).

Bernd reports about his flights:

All flight days were days with cold air masses and cold air advection, they started early and were reasonably homogeneous. But I didn’t find any longer lasting energy lines, as they like to occur within a mature, warm air mass with high ground temperatures, on any of the six flights. They were no days to race the track. Sections with high speeds were interrupted again and again by longer distances of careful gliding.

When are you ready for take off for these long distance flights?

Do you plan your flights in the morning in such a way that you depart in the weak thermal with tail wind?

In the morning I always had a headwind for flights that went up to Hamburg. It was quite atypical this year that the wind came a lot from the west – normally big flights are in easterly or northeasterly wind conditions. I think it’s more important to have the long leg lying well in the wind during such flights. 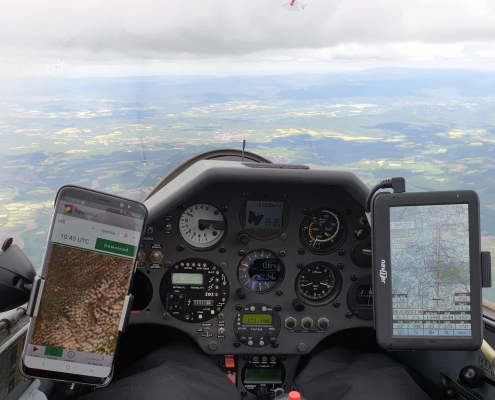 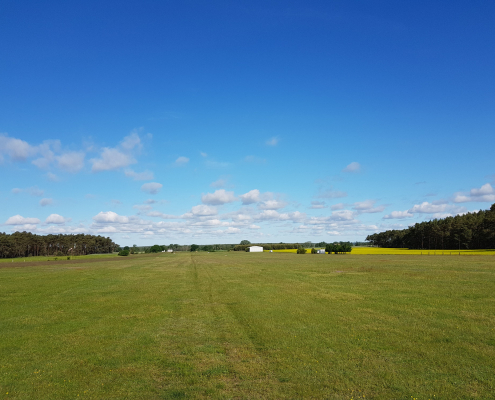 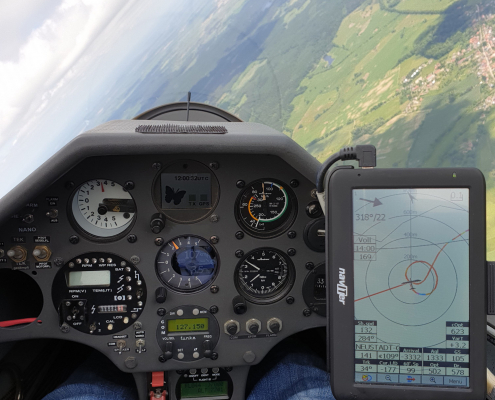 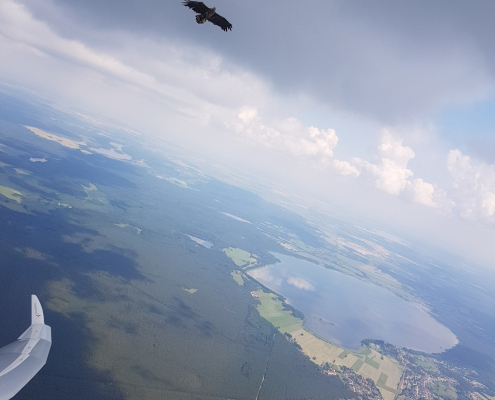